a 70-million-year-old Tyrannosaurus rex discovered in Montana has apparently yielded the improbable, scientists reported yesterday: soft tissues, including blood vessels and possibly cells lining them, that "retain some of their original flexibility, elasticity and resilience."

In a paper being published today in the journal Science, the discovery team said the remarkable preservation of the tissue might open up "avenues for studying dinosaur physiology and perhaps some aspects of their biochemistry." Speaking at a teleconference, the team leader, Dr. Mary H. Schweitzer of North Carolina State University, said, "Tissue preservation of this extent, where you still have this flexibility and transparency, has never been noted in a dinosaur before." 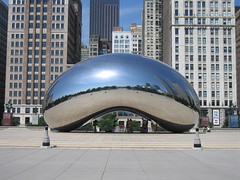