The findings are reported by Daniel Haun, Josep Call, Gabriele Janzen, and Stephen Levinson from the Max Planck Institutes for Evolutionary Anthropology and Psycholinguistics and appear in the September 5th issue of "Current Biology," published by Cell Press.

In their new work, the researchers compared humans, chimpanzees, bonobos, gorillas, and orangutans in terms of their strategies for remembering where things are hidden. The researchers first showed that all non-human great apes and 1-year-old human infants exhibit identical preferences. This suggests that the common ancestor of all great apes enacted a similar strategy preference in employing spatial memory. The researchers then went on to examine 3-year-old human children and found that they show the reverse strategy preference.


Current Biology, Sept. 2006
Animal Cognition: Know Your Enemy
Food-storing corvids are able to remember which individual saw them store food, and take preventive action that is tailored to that particular competitor's knowledge. This raises the question of whether abilities like ‘theory of mind’ have arisen independently more than once in evolution. 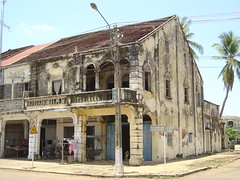